All of a sudden, San Francisco has an extra $181 million to spend. It comes from excess education funds, and some officials hope that’s exactly how it will be spent: on education. Specifically, teacher pay raises.

So far, proposals at City Hall exclude using the money for schools, with Mayor London Breed pushing to fund homelessness initiatives. The Board of Supervisors’ three new, incoming members, however, say extra funding for schools will be a priority for them.

The windfall comes as the school district is facing a legal challenge to a new parcel tax that would raise $50 million annually, most of it for a teacher pay raise. School officials say that means they don’t have the expected funding to cover the 7 percent teacher pay hike. So, the windfall suddenly becomes a potential solution… (more)

The election is over. The winners have won, the losers have receded, and, as is the tradition, the losers’ backers will now make donations to the winners. This is how politicos who bet on the wrong horse get their phone calls answered and winning candidates chip away at their debts.

There are, however, some debts that can’t be repaid with mere money… (more)

“The California Supreme Court clarified in the Upland decision that certain restrictions bind local officials but do not bind the voters themselves,” said Herrera in a statement. “A two-thirds majority is required when local officials – not the voters – place an initiative on the ballot. Proposition C was placed on the ballot by the voters….a clear majority of voters passed Prop. C, and we will defend their decision in court.”…(more)

A slick campaign piece landed in my mailbox the other day, screaming in all capital letters: “Prop. C would spend another $300 million a year on the same failed programs.”

You know, those failed programs that produced the scenes depicted in the mailer’s photographs. The ones of Third World-style tent shantytowns spread along sidewalks in the Mission, with bicycle parts and shopping carts strewn around…

Breed says she opposes Prop. C because she’s not confident the city is spending its money on homelessness effectively, though she didn’t express that concern in backing the two previous revenue measures. Her spokesman, Jeff Cretan, said the mayor’s budget office is analyzing the city’s homeless funding and how it’s being used…

OK, so the programs are successful but they’re also failures. But, really, we don’t know either way and have to audit them. We need more money, but not from the cities’ biggest businesses that can most easily afford it.

Are you confused by the No on C side? I am. Maybe I just need some time to meditate in an infrared sauna… (more)

I’m calling on all San Franciscans — indeed all decent Americans — to boycott Lyft. Not even Uber, with all its corporate baggage, has taken a stand like this against SF’s thousands of suffering men, women, and children on the streets.

This is a morally defining moment for the people of San Francisco — and for the global tech companies headquartered here. As Salesforce CEO Marc Benioff — who, to his great credit, has thrown his corporate weight and money behind Prop. C — has said, “It’s binary — either you’re for the homeless or you’re not. I’m for the homeless.”

But Lyft’s billionaire executives object to the tiny tax that will be levied on big corporations to help pay for homeless programs. The company’s anti-Prop. C arguments, which mirror those of the Chamber of Commerce, have no merit, as the City Controller’s office recently reported. Prop. C will have virtually no negative impact on business or jobs, but will indeed help reduce homelessness, declared the City Controller… (more)

Boycott Lyft and their subsidiaries like GoBike. Look them up on wikipedia: https://en.wikipedia.org/wiki/Lyft Their services are listed: as Real-time ridesharing, Taxicab, Vehicle for hire. Somebody better inform Lyft that taxicabs that didn’t pay $250K for their medallions are not allowed to pick up rides from the airport.

San Francisco’s mayor could have confounded and neutralized the city’s political left for years by embracing homeless measure Prop. C. Instead, she isolated herself, rejecting it with specious arguments.

Uneasy lies the head that wears a crown.

London Breed is the mayor, and you are not. We have “takes.” She makes “decisions.” The mayor’s decisions carry weight. They are tangible…

So, make no mistake: Breed’s firm rejection of homeless measure Proposition C — a choreographed Friday announcement coming in lockstep with Sen. Scott Wiener and Assemblyman David Chiu — was a crushing and credibility-destroying decision.

This was rendered even clearer by Monday’s splashy announcement from Marc Benioff, the city’s favored benevolent billionaire, that he was going all-in on supporting Prop. C. The measure’s backers had, previously, likened themselves to David battling the Downtown powers-that-be Goliath… (more)

There are better places to live and work that have nothing to do with Prop C and taxes. Businesses have soured on San Francisco for the same reason we all have. A high cost of living should at least guarantee a high quality of life and San Francisco is not delivering. We are poor has-been version of a once great city and no one seems to know how to pull us out of a race to the bottom, or if they do, they are being ignored.

The landlord lobby – and it’s one of the most powerful interests in the state of California – is spending more than $40 million to convince voters not to support Prop. 10 – a measure that would allow (but not require) cities to impose effective rent controls…

The USC study, sponsored by the California Community Foundation, suggests that rent control tends to keep rents lower even in uncontrolled buildings, helps preserve housing and community stability – and has little discernable impact on the construction of new housing.

The study’s authors are not economists. The lead author, Manuel Pastor, is a sociologist. The two other authors, Vanessa Carter and Maya Abood, are urban planners.

But unlike the Stanford economists who put out a complex study on the economics of rent control, complete with equations that almost nobody can understand, the USC report looks at the existing literature on rent control… (more)

The market appears to be in a self-correction mood that could slow development regardless of how the outcome of Prop C and the repeal of Costa-Hawkins. 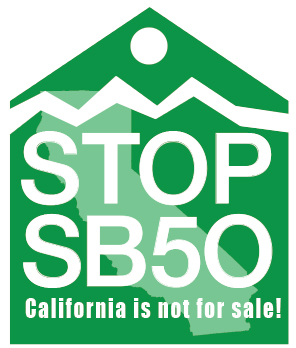 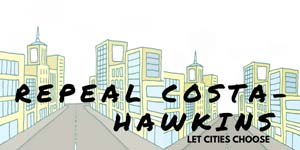